{central park and the great jacket theft of 2013}

I'd been in New York for exactly three hours when my jacket got stolen. I'd been in New York for less than four hours when I met a girl named Maggie in the lobby of my hostel who gave me a new jacket because she was scared I'd catch a cold. I tried my best to assure her that I was ok, partly to be polite and partly because of my grave fear of lice and my semisubconscious belief that every single jacket/toque/headrest in the world that is not mine has it, but she was insistent and stubborn and I ended up with a new coat that was actually much nicer than my old one had been.

And so it was that within 60 minutes I learned the Golden New York Rule: The city has takers and givers, and you should always be on the look-out for both, without ever assuming right away that a person is one or the other.

(Thankfully, most of the people I encountered in my first few hours in NYC were of the giver variety.)

Upon landing at LaGuardia, I'd immediately discovered the serious lack of free wifi and it hit me like a sack full of horses that I'd have to navigate using a map. Like, a paper map. The kind of map that you fold up and keep in your purse, the kind without a zoom feature or a GPS system or a funny robotic voice that tells you to turn left in 50 metres.

So I found myself holding one such map and standing in front of the large glass doors that led to New York, like Tom Hanks in that movie about the guy who lives in the airport and can't go into New York because his country is at war and his passport is invalid. I found myself wondering why and how I'd ended up here in this spot all by myself and how I was going to figure out how to get to my hostel, which was somewhere in Manhattan.

And then, because I didn't want to waste another New York Minute, I hoisted my backpack to my shoulders and zipped up my jacket, which at that point hadn't been pilfered yet, bought a chocolate bar from the conveniently-located newspaper stand next to me and stepped out into the sunlight.

I squinted at my map. (I would soon come to realize that asking for help in New York is kind of the same deal as hailing a taxi. To hail a taxi, you raise your hand, to ask for help from a passing stranger, you squint at a map.) A woman appeared at my elbow. "Where are you headed darlin'?" she asked. She was eating a sandwich and wore a vest that said something about transit on it.

"101 West and... Broad...way? I think?" Things you should write down when you're not sure if you'll have free wifi later on or not.

"Where are you from?" He asked.

"Oh. Huh. I've never heard of it," he said. He turned the book over in his lap. I don't want to assume that he did this so I could see that he was reading A Tale of Two Cities and think he was smart even though he'd never heard of Saskatchewan, but I feel like that might have been the case. "I mean!" he added in a flustered voice, "I've heard of Canada. Just not that city. The one you're from." I nodded. The conversation died a slow and grisly-looking death right there in front of us. He picked up his book and started reading. I noticed that he was on page 3. I felt awkward, like the way you feel when you see an elegant old woman trip and fall on her face and you simultaneously feel the need to help her and pretend you didn't see it happen to preserve her dignity all at once.

While all of these shenanigans were going on, the bus was going over a couple of bridges and past a toll booth and through Harlem and I ended up at my hostel roughly 45 minutes later. And none of the people I was supposed to meet were there.

So I bought a sandwich and set out to find Central Park. 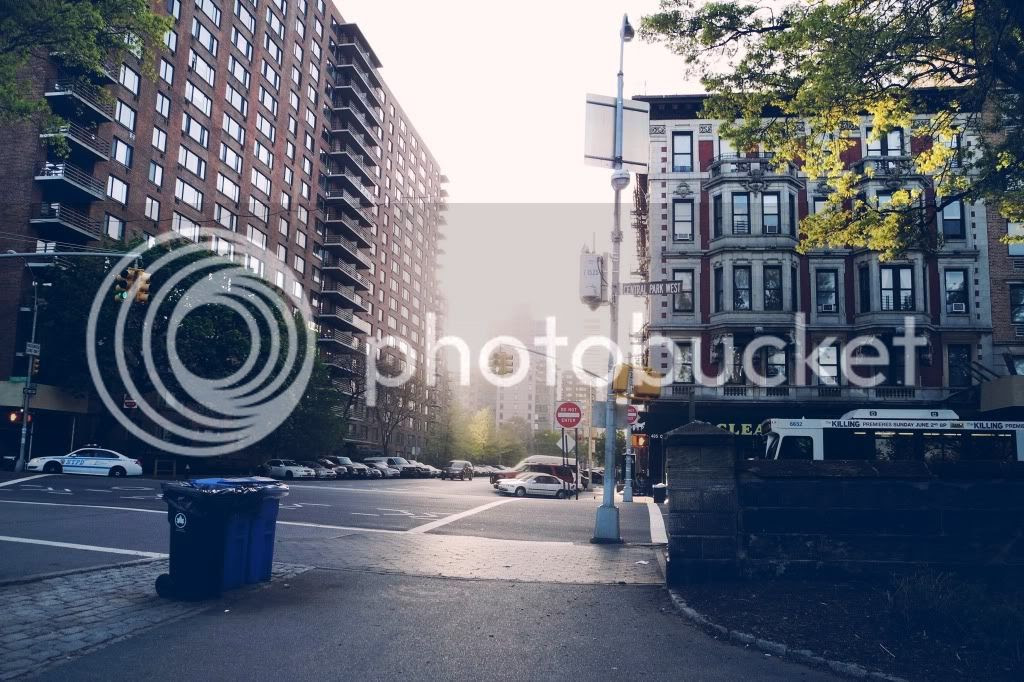 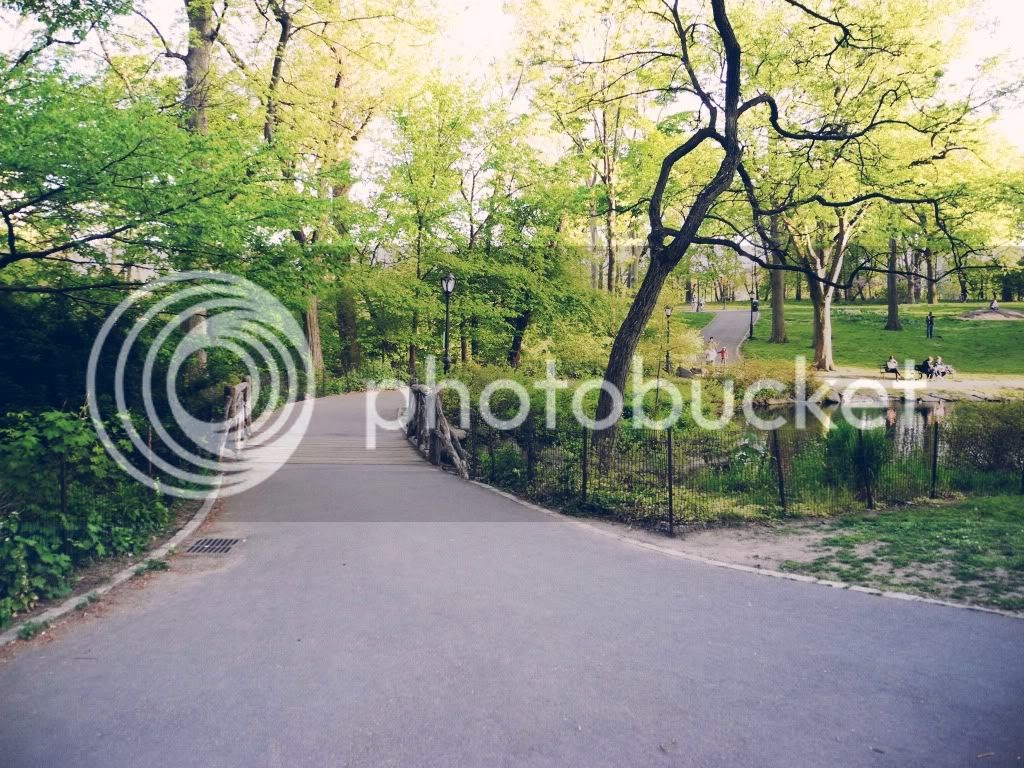 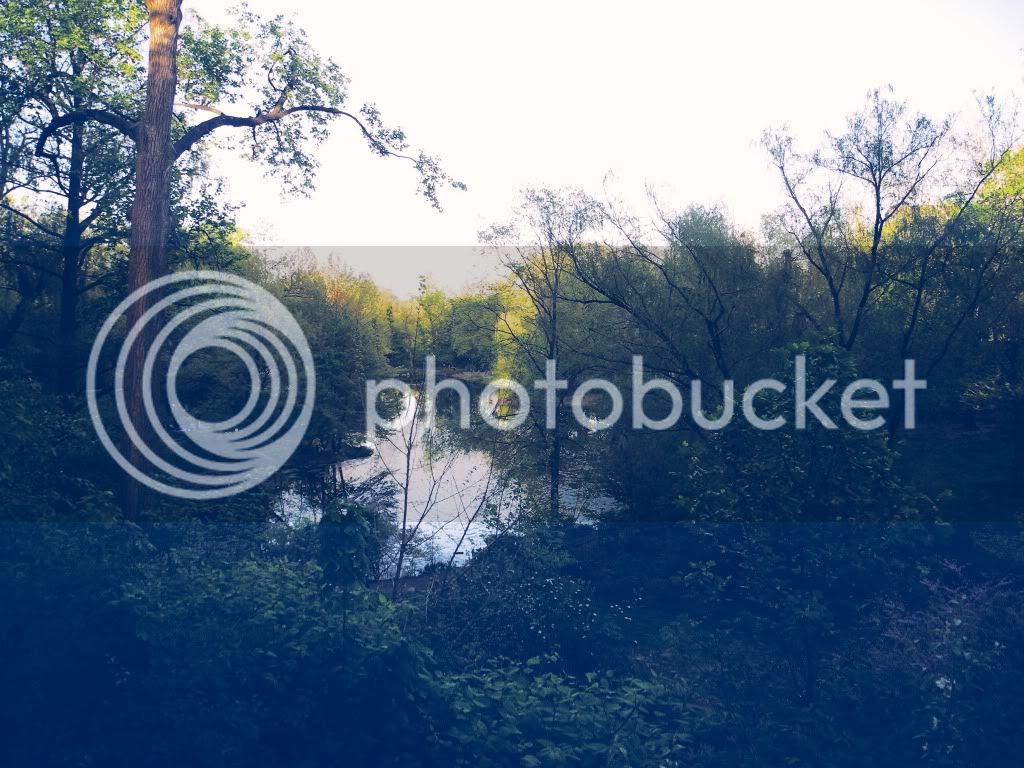 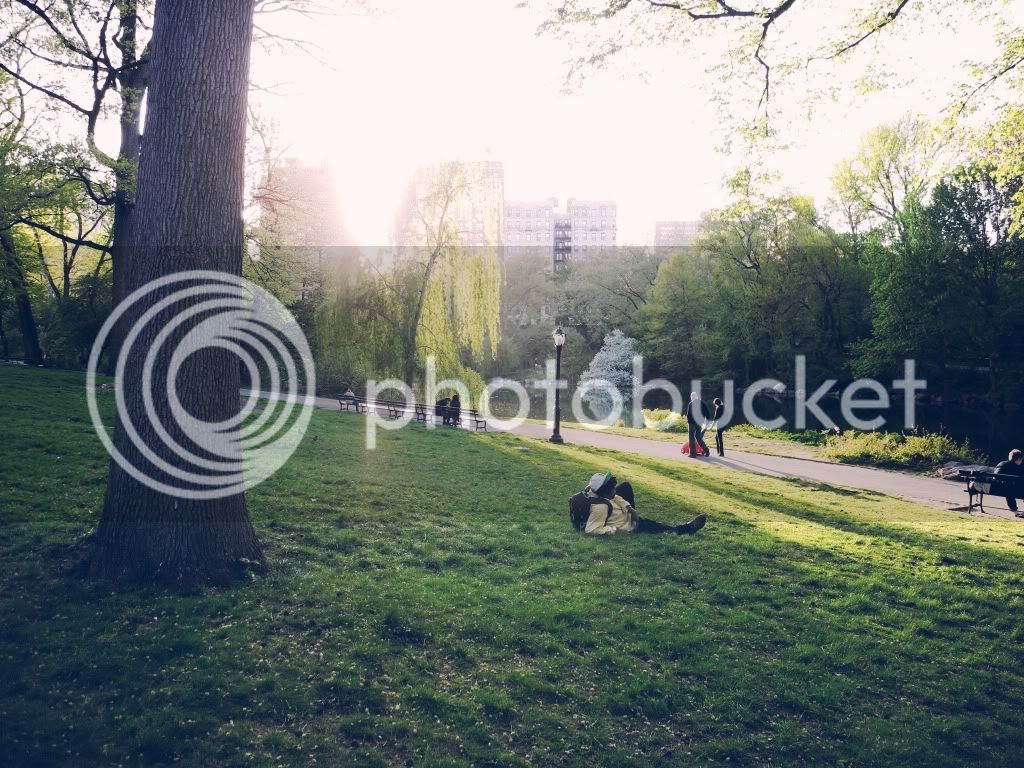 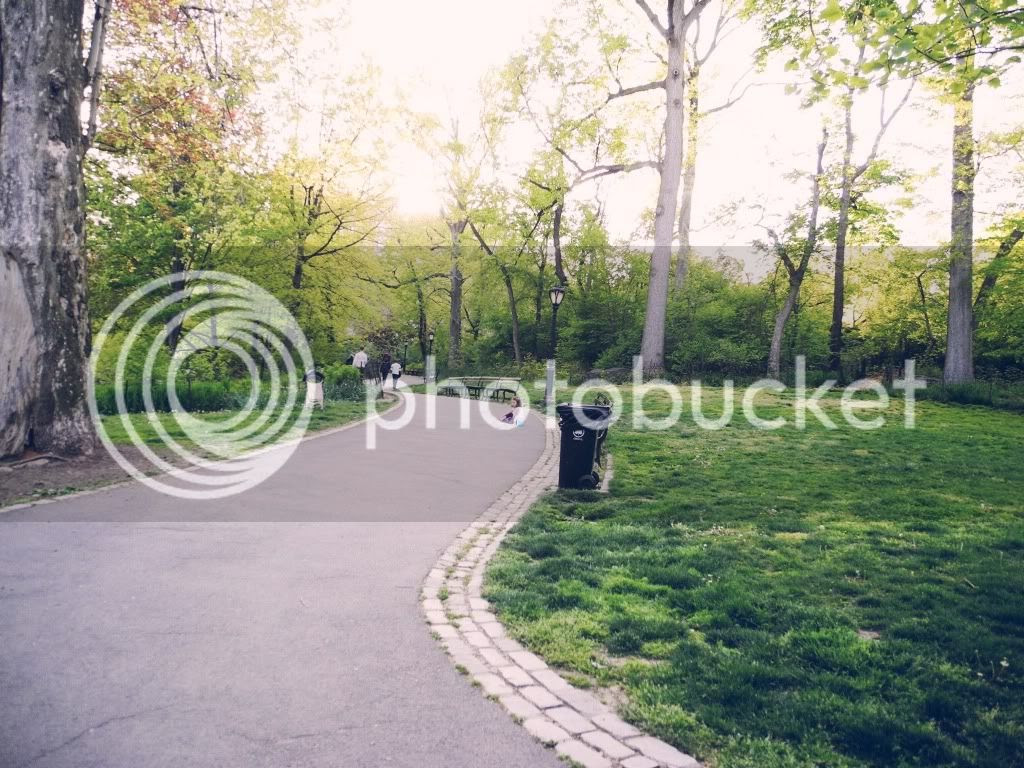 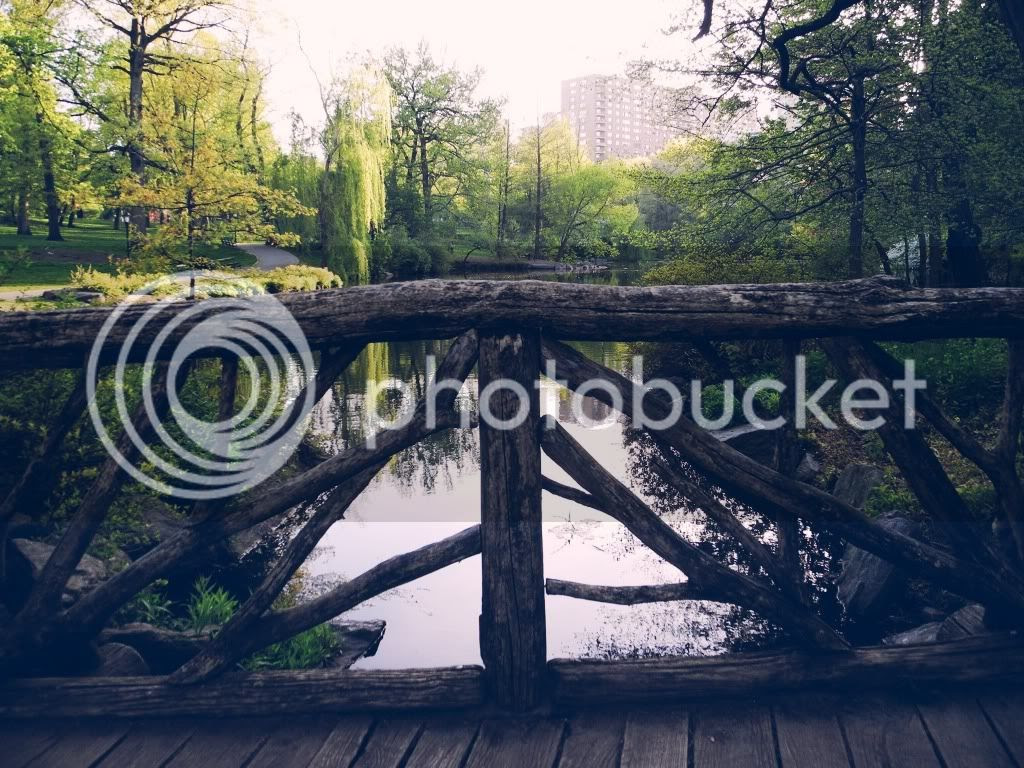 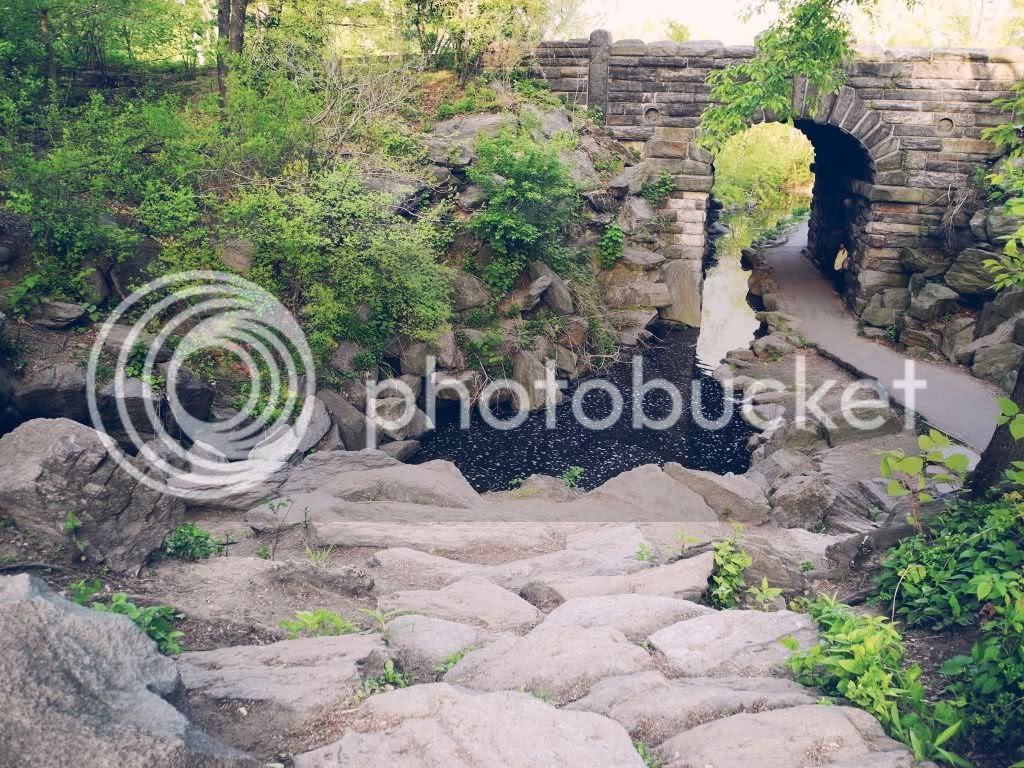 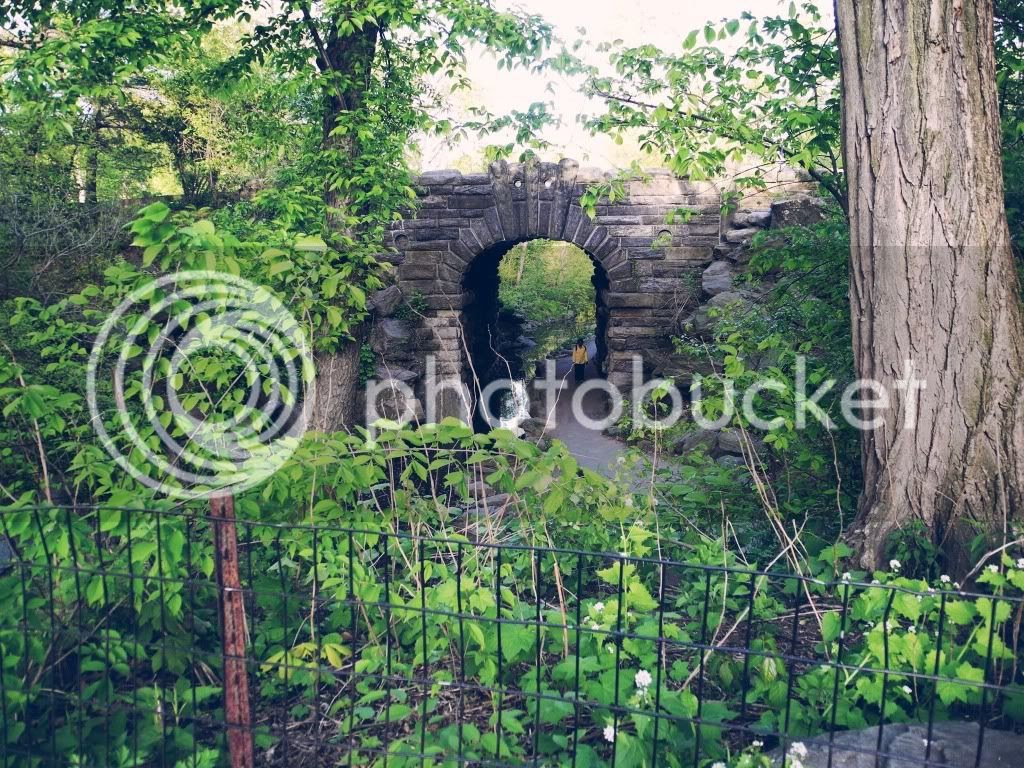 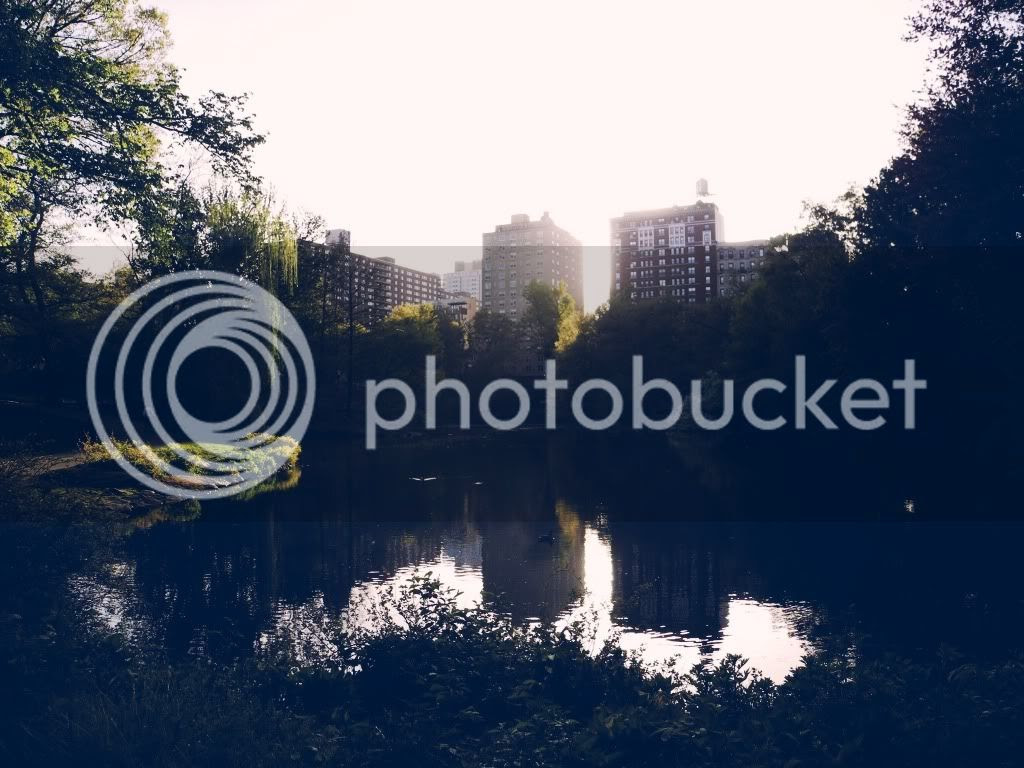 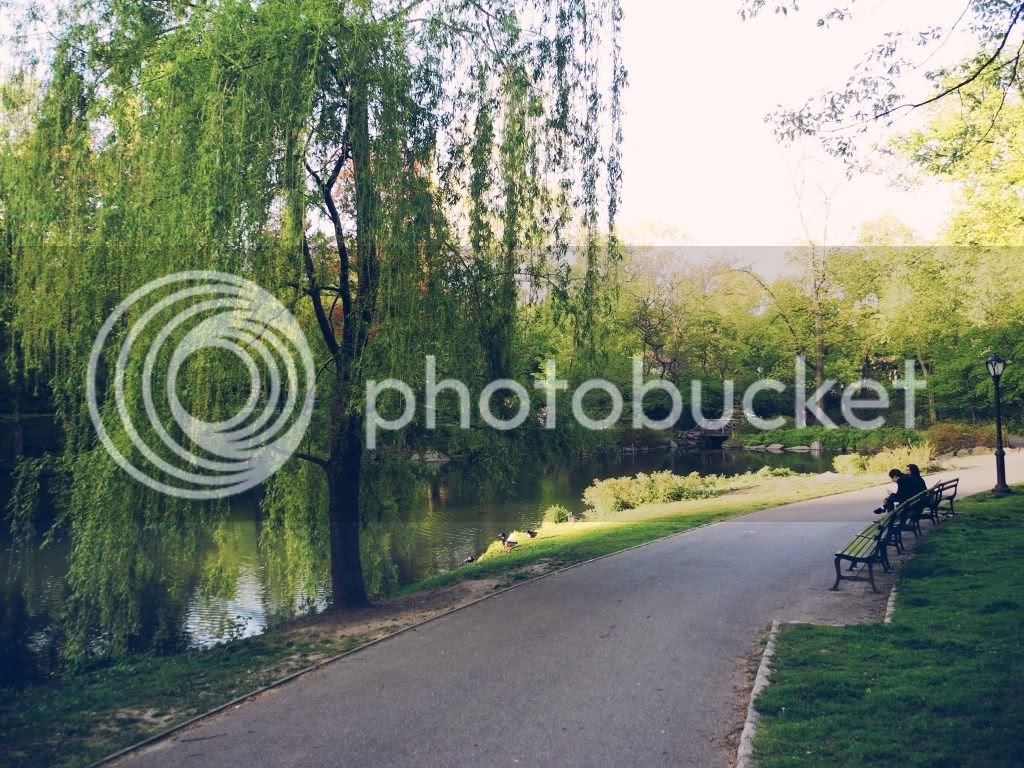 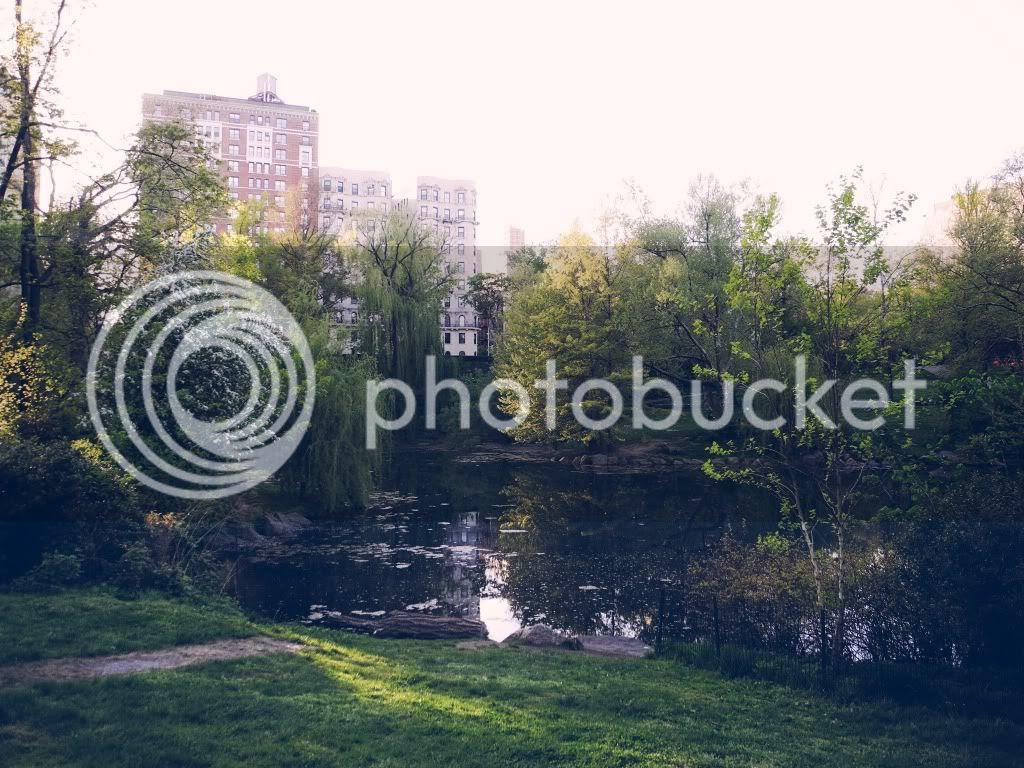 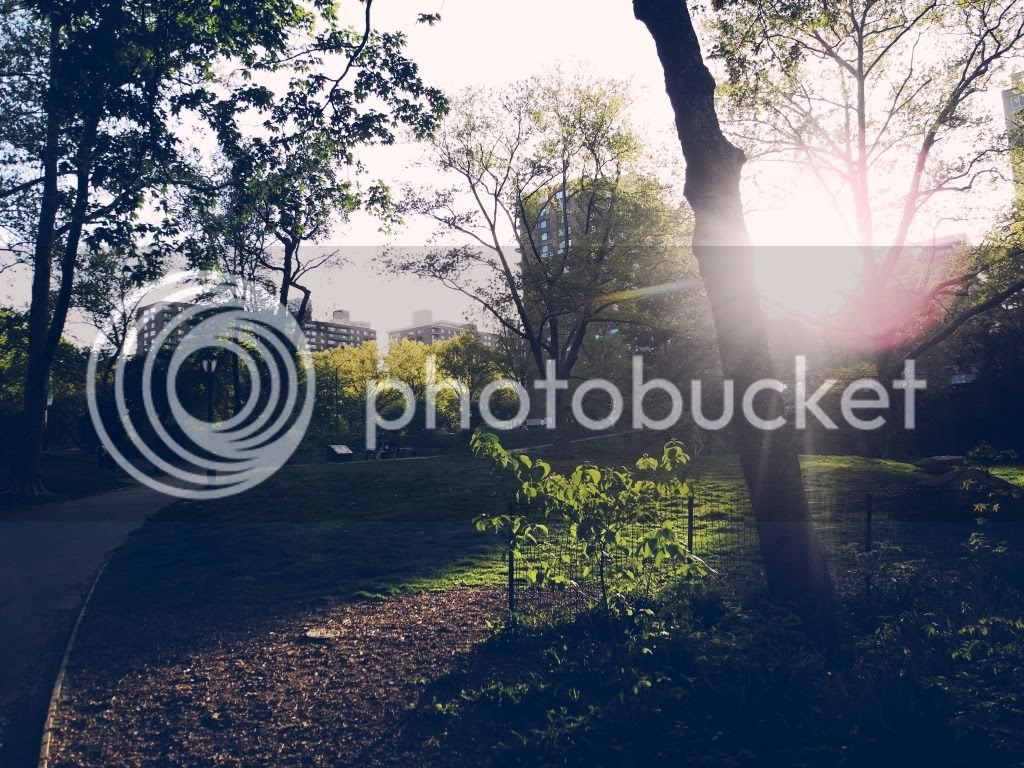 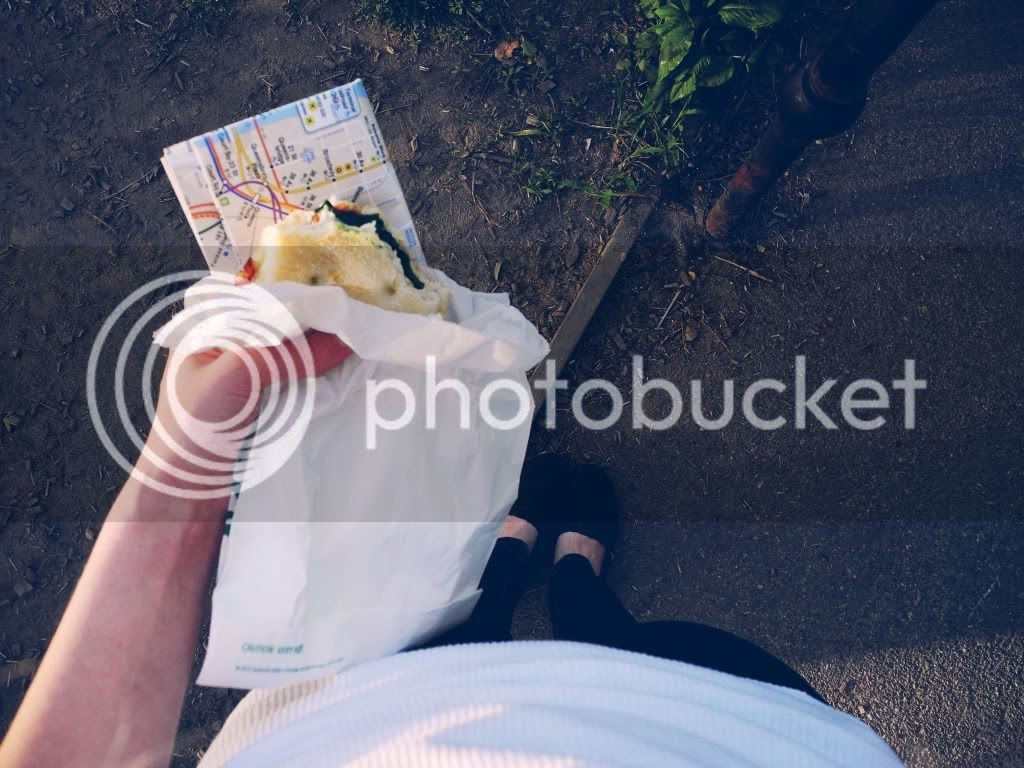 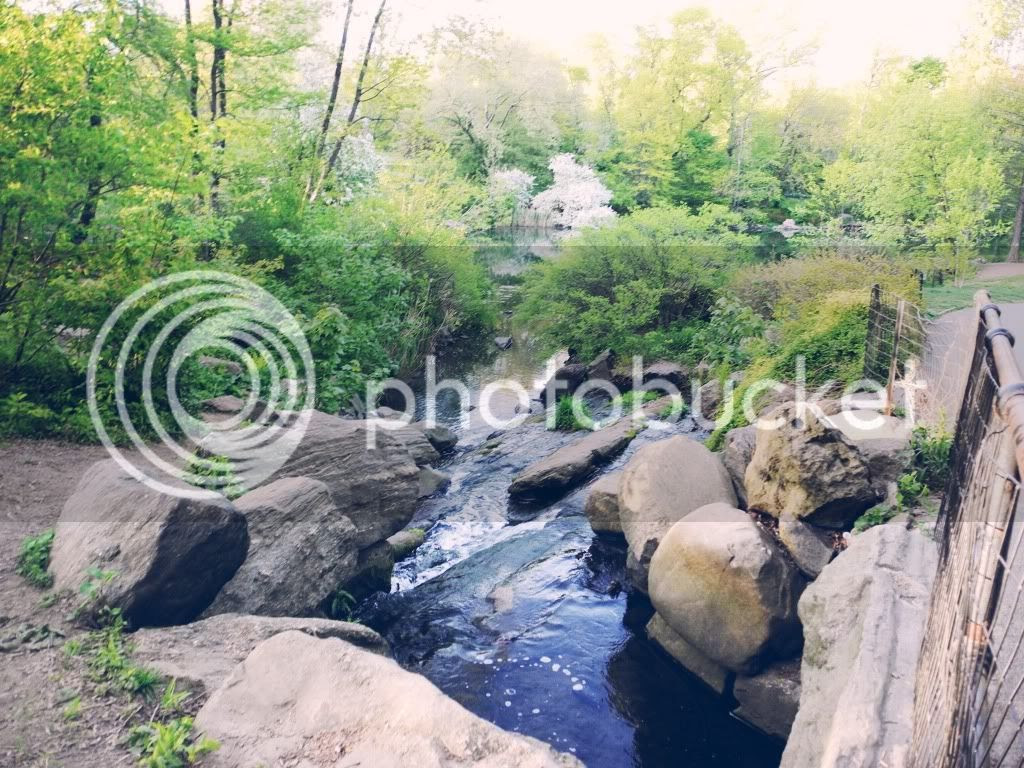 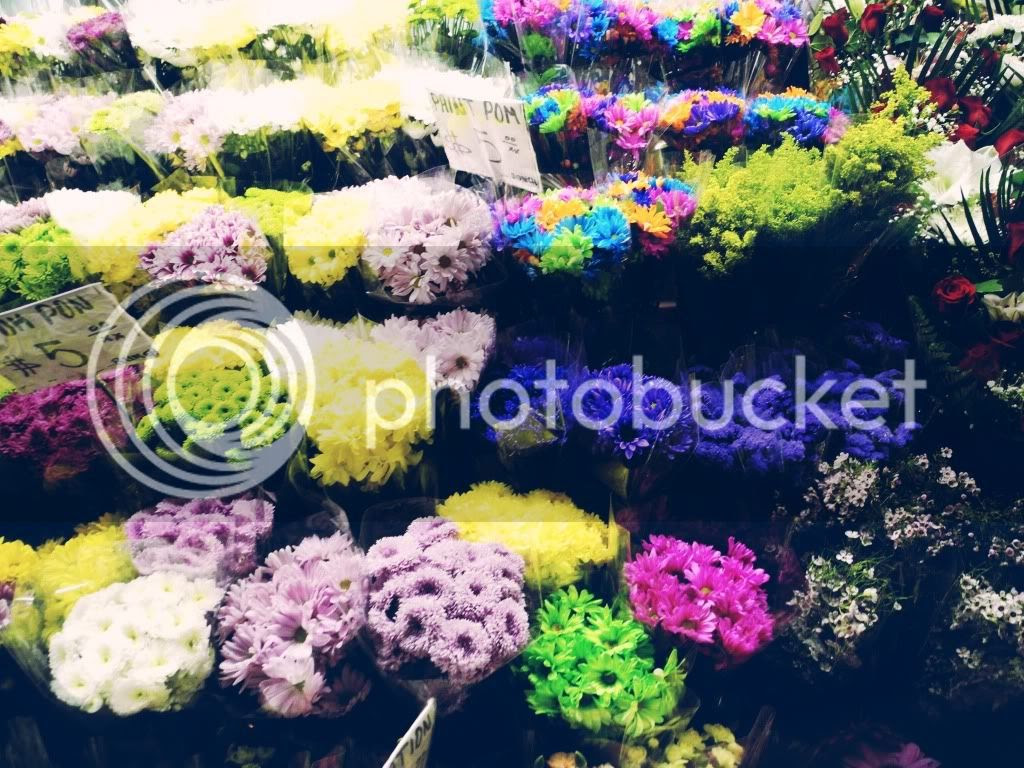 I wound my way over perfect bridges and under weepy trees and tried to think of every song and story and movie about Central Park. I got all daydreamy and wandered for hours. It was pretty fantastic.

Anyway, that was when my jacket got stolen. I stopped to look at some water and a taker took it.

Email ThisBlogThis!Share to TwitterShare to FacebookShare to Pinterest
Labels: away, new york

I love, love, love getting to see the city through your eyes. Everyday I'm surprised/impressed/overwhelmed/in love with NYC but most of the time it also feels very everyday to me (subway, coffee, work, class, subway, home, repeat). So, it's great to get to experience it all from your point of view.

Also, I think I speak for all of NYC when I say, we miss you!

these photos are beautiful. i love the way you write, and think haha.
-bee

i miss you back!!! all 9,000,000 of you, but especially you. i feel like we'd have so much fun if we lived closer together. and seriously: WHY DIDN'T WE INSTAGRAM OUR COFFEE DATE? pft. sorry. i didn't mean to yell. just what the heck, you know?
anyway. thanks for still reading my blog after finding out how airheaded i am in real life. :)

aw, thanks bee. :) coming from you, that's lots of compliments that i feel like i don't deserve! your photography is unreal.

hahaha--central park is SO BIG hey? can't believe it. how long ago did you go to new york?? what did you do there??

that is really nice of you to say, but PSSHHT! ;). you have so much personality in your writing and its so much fun to read, I love your posts.
also, i have no clue why that listed me as anonymous. that makes me feel strange, like i'm trying to be sneaky when i'm not, lol. but it was unintentional. sorry bout that.

I love your pictures of Central Park! Sorry about your jacket though. Just pretend an Oliver-Twist-style orphan really really needed it and consider it a good deed done. You good deed doer! (:

ps You have impressive navigating abilities. I didn't go any farther than the bodega on my corner until I'd lived in NY for three weeks because I was so afraid of getting lost. And I will tell you a secret, I still don't ever really know where I am. Ever.

aw, thank you!! i just love central park... and i had the same thought--hopefully someone is actually getting good use out of it and didn't just take it hoping it had money in the pockets!

hahah, it's ok! i was pretty sure i knew which bee you were. eesh. i hope. haha!

Do you follow HONY? He is amazing and I love seeing the city through his lens. I like seeing it through your lens also! http://www.humansofnewyork.com/

wow. i love that...i could probably get lost on there for hours. thank you!

don't be terrified! just go! it's wonderful, and not at all scary. mostly.

Oh my goodness, YOU ARE RIGHT! Why didn't we do that?
Also, not an airhead, at all. You are super fun and down to earth, which is wicked hard to master, I think. You should give lessons!

Bummer about your jacket. Brett and I found the scariest part of NY to be the taxi drivers. I swear we almost died in one on New Years Eve. Those drivers are CRAZY.

I've yet to go to New York, so I'm living through your posts just a little. Also, I think there are usually a few more givers per square mile than takers in the world so that gives me faith in humanity.

oh psh. you're too nice to me. idea: move to canada.

i never did take a taxi!! which is kind of a little too bad, since that seems to be part of the new york experience...

i agree with you on that. i really hope that's true.
also: go! go now! it's worth it!