All About Querying! Get Excited! 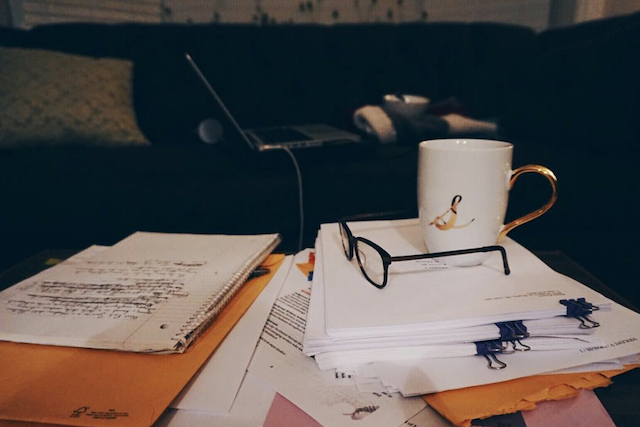 Disclaimer: Quite a few people have been reaching out and asking questions about how a person goes about getting an agent—either out of straight-up curiosity or because they wrote a book and would like to see it published traditionally someday. So if you're one of those, read on, and if you find all this shop talk boring or annoying, skip it! I promise I will not only talk about Publishing World from now on (but perhaps with a little more frequency).

Ever since I began querying my novel, about 2.5 years ago, I have been completely obsessed with other writers' query trench stories. I think most of this fascination has to do with solidarity, needing to hear over and over again that it's hard for pretty much everybody, that it wasn't just hard for me because I'm a bad writer. But a thing I learned in the process of querying is that you can be a fine writer and a really terrible querier at the same time—and, truth be told, I was a really terrible querier.

For the uninitiated—because I didn't know what querying was two seconds before I started doing it myself—querying is the process of sending letters to literary agents to introduce them to your book and ask them to attempt to sell it to publishing houses (you can't approach most traditional houses with your own manuscript; they will laugh and laugh and laugh and throw it out the window). You have to have a representative.

(Note: Lots of smaller houses will allow unsolicited/unagented submissions, just FYI, and self-publishing is obviously also an agent-free option, so if this querying/agent thing sounds like a headache, totally look into those! They're valid!)

So you research literary agents, you find one who is reputable and looks legit and represents your genre (two websites I used for this were Manuscript Wishlist and  Quick Brown Fox), and then you write a super concise letter that says who you are and what your book is about. You attach, maybe, the first ten pages or the first three chapters of your manuscript (most agents post submission guidelines on their websites—FOLLOW THEM TO THE LETTER OR DIE). And then you wait.

And wait.
And wait.

If that happens, you pull an all-nighter, agonizing over every single comma—is it good enough? HOW DO I DO THIS AGAIN I DON'T KNOW WHAT LETTERS ARE send the rest of your book. Of course, of course. And then you wait.

And wait.
And wait.

Some agents, again, never write back. Some send a very polite form rejection. Some send a very sweet personalized rejection—and sometimes even a request to see future work. And some—and this is what you long for with all of your heart—ask if they can call you on the phone.

Because writers are known for their creativity and particular way with words, we call this part of the process The Call.

The Call is a two-way interview. Both parties are asking questions—both want to know if the other is someone they can work with, what their expectations are, what they're willing to bring to the table—after all, neither party makes money without the other (people have asked me how much money it costs to have an agent. The answer is: Nothing. If an agent ever asks you to pay them anything up front, run away! The agent gets a percentage of what you make on your book; all the [hours and hours of] work they do for you prior to the book deal is done in faith that it will pay off down the line. Kind of incredible, hey?).

There are countless lists all over the internet of the things a writer is supposed to ask a potential agent on The Call. It's a big, big deal. And at the end of it, if everybody's happy, the agent might possibly offer representation.

That's it, in a nutshell.

If you've done the math, you already know that from the time I started querying my novel to the time I got The Call was 1.5 years. In that time, I sent out 28 query letters.

People will tell you this is normal, and I've heard of many writers who have queried for a lot longer—a "rule" I've seen a few places now is don't give up on a project until you've sent 80 query letters. I just read an article written by a woman who sent out 400 queries before finding an agent. I read yet another article written by a woman who's been trying to get published for something like 25 years, and heard a podcast the other day about an author who took almost a decade to get her book deal (like I said, I'm obsessed with these stories).

And, I mean, man alive, all the stars that have to align in order for you to send an agent exactly what they're looking for at a time they feel there's a market for it and are even in the right frame of mind to fall in love with your exact project (you know how sometimes you just don't feel a book and then you try and read it a few months later and are like "WHAT WAS I THINKING THIS IS AMAZING"?).

But even so, I feel like the process could've been less painful if I'd known going into it what I know now—as with, like, every other thing in life.

I remember finishing my manuscript, being like, "Yep, ready!" and sending out 12 terrible query letters rapid fire. In turn, I received 12 rejection letters. Fair trade.

12 is not 80, but still. I quit querying for a while. I spent a lot of time figuring out how to write a better query letter and sharpening up my manuscript. And I tried again. This time, I sent out ten letters altogether. And this time, I received nine rejections and one manuscript request...which did not result in an offer of representation but definitely buoyed my spirits. I took it as an indication that I was moving in the right direction.

I took a step back again. More learning, more tightening.

The next time I queried, I sent out only six letters, and it was just under one month from the time I began that round of querying to my very own The Call.

When it's written out like that, it doesn't seem all that bad. It felt like a long time, at the time, but now I just count those months as education. They were valuable.

And for those who are now about to embark on that strange journey, here are some things I would tell myself if I had a time machine, but will tell you instead. Because, duh, I don't have a time machine.

1. Don't start querying until you've spent quality time Googling different variations of "how to write a great query letter" or gotten advice from someone who knows a bit about the practise. Writing a great query letter is actually a skill you have to hone. Don't pound out a letter in five minutes and assume that your charm and wit will get you further than following query guidelines and industry standards. I read a blog post written by a lit agent once where they casually mentioned they read about 200 queries a day. Can you imagine? I feel like, at that rate, you'd just want everyone to get to the point, say what they need to, and stick to the rules.

2. Advice I swear by: research the agent you're submitting to, find out what books they like, pick one that's similar to yours in voice or subject matter or whatever, and mention that in your letter. (ex: "I saw on your MSWL profile that you loved Nick Hornby's A Long Way Down. My novel is similar in tone and has some of the same themes throughout...")

3. Get someone else to proof-read your query letter. I had my friend Sarah do this for me, and it was so super helpful. It's hard to write a book, but an even harder thing is writing about your own book with objectivity. An outside perspective is key, and will help you not to get all wordy and self-important. And, obviously, get a whole bunch of people to read your manuscript. Spend a whole bunch of time tightening that thing up. What good is a query letter if the manuscript sucks? Why waste a perfectly good manuscript request?

4. Most importantly: remember that an agent is a regular person with their own particular taste. Try to conjure up memories of a book club meeting where you read a truly fascinating, heart-wrenching, well-written novel, and a third of the room thought it was great, a third hated it, and a third got bogged down and stopped reading one chapter in. Now imagine that each of those people is a literary agent, and you're asking them one by one to represent the book in question. Even if you've done everything 'right', it's still largely a matter of luck, of happening to ask the right person first. Plus, take into consideration that of the people who loved the book, you have to find someone who's willing to put in countless hours of work, unpaid, to polish it up, create a submissions packet for it, and stake their reputation on it in sending it out to editors. They don't just have to love it, they also have to believe they can sell it. It should take a little time, at least.


This is obviously not The Only List you need to read before you start querying a novel. This is just four things I think would be helpful. And if you have already done the whole querying thing and have things to add, please do! And if you haven't, but plan to, try to enjoy yourself. Here, this is a blog post I wrote two months into my own query journey. I was so naive and optimistic still! But I stand by most of what I said in that blog post.