When we moved into this house, it was so we'd have a place to put a baby. Our old place was 480 square feet; all the living room furniture touched. We had to put our bed in the basement. There was no room anywhere for a crib unless we wanted to put it on the couch, which I think would've been unsafe and impractical.

This house is almost exactly twice the size of that one. Barclay and I took the master bedroom, put a crib in the second bedroom down the hall for Sullivan, and made the third an office.

Last summer, though, we moved the desk into the basement. My office has been relegated to a corner of the living room.

We put the crib back up. The office is now a nursery; we'd wondered if it might be someday, though I know we never thought it would happen quite this way. 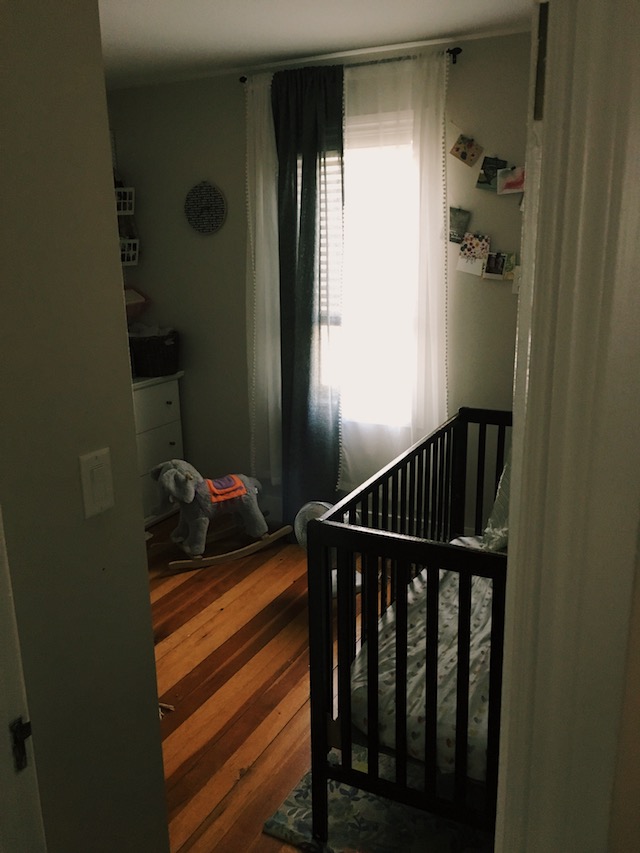 I've been mulling this blog post over for a while. Words have never been so tricky for me. I want to write it in such a way that makes sense but is still purposefully vague so as to protect the privacy of all the right people. Some would say that's a good reason not to broach the subject online at all, but the fact is: there is another person living in our house now, and we love her a lot, and it would be (has been) hard to pretend she's not here, even if it's just on social media. And if I just started mentioning her with no explanation, that would be weird too. She should be introduced, I think. 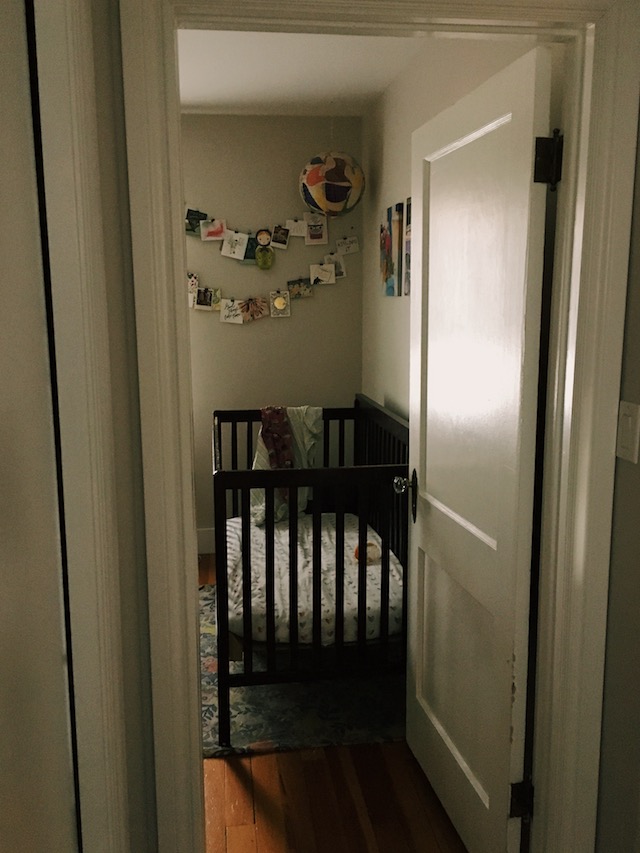 Her name is Scarlett. Her parents chose that name, and I love it.

She came to live with us last summer; she was about seven months old at the time. Sully and I travelled to get her, just the two of us (it all happened rather quickly; Barclay wasn't able to get time off to come along). I have a lot of memories of that trip, but the most vivid is pulling over to the side of the road, just five miles away from where we picked Scarlett up, to check that her car seat was buckled right and that she was comfortable and that she wasn't scared. I remember getting out of the car and opening the door and seeing the two car seats there instead of just Sully's and feeling just as shocked as if there was a whole football team crammed in there staring back at me. I had so many moments like that in the days and weeks that followed.

It was a bizarre summer.

(That said, I'm not going to elaborate further on that part of Scarlett's story; it's not my story to tell, especially not before she knows it herself.)

So we've been getting to know this girl, this Scarlett.

She's such a wonderful little person. So quick to laugh, so friendly, so active. Stubborn, strong, outgoing. Hilarious.

Sullivan is head over heels for her and she loves him right back. She is his opposite in every possible way, and I've already seen them balance each other out in a lot of areas. He has taught her to dance and drum and air-guitar and build blanket castles. They give each other a lot of hugs. She mimics his every move. He has introduced her to all his favourite bands. When he cries, she runs to him and kisses his cheek. They make each other laugh so hard that she shrieks and he runs out of breath. He had to get used to her following him around and wanting to do everything that he did, but now he gets mildly offended when she doesn't. And sometimes, of course, they fight. This morning, for example, if you'd walked past our house, you would've heard Scarlett laughing hysterically and Sully screaming, "MO-OMMMMM!!! SHE'S TRYING TO DESTROYYYY MEEEEE!!!" (She pulls his hair sometimes, and she thinks it's funny, and he doesn't.) 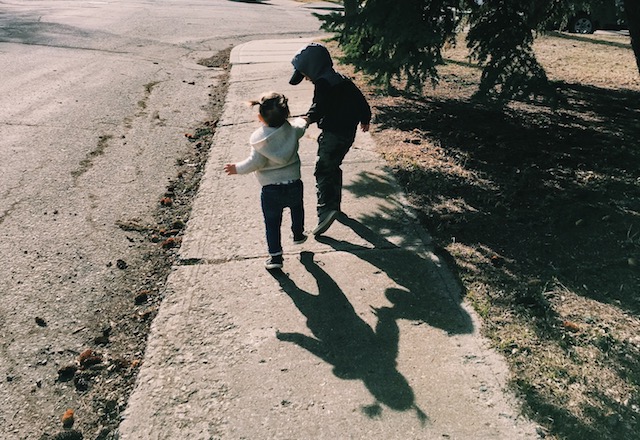 Every morning, she comes running into our bedroom with a big grin on her face, laughing and reaching for a hug. She greets Barclay the same way when he comes home from work at the end of the day. She likes to hold my hand in her sleep, and often calls me into her room for that reason in the middle of the night.

We don't know what the future holds for us, for Scarlett. But my parents did foster care for most of my growing up years, and the thing I learned from watching them do that was that sometimes, your job is just to love someone as much as you can for as long as you can. And, I mean, no matter what happens from here, I can already confidently say Barclay, Sully and I will just keep on loving her forever.

So that's where we're at right now. In case you were wondering about the office.
at April 23, 2018

I love this so much that I had to stop midway through and wait for the sniffles to stop so I could finish the rest. Thanks for reminding me to cherish the time I have with the people I love and for sharing your two little ones with me on occasion. I may never have kids of my own, but I feel blessed every time a parent is willing to share theirs with me.

Oh Suzy, I'm glad you told this story, because although you'll forever be an online-person to me, I perceive you as very real and after all these years of reading you I can only say that you were wonderful when you were younger and had a lot less responsibilities but now... I know very well you're just a regular person with regular flaws and problems (and some extra worries as well, if I remember correctly), but really, now, you have become even more wonderful than before and in your own particular way, without much fuss, without fireworks, you are filling and living your life with so many amazing things.
Every day I lose a bit of faith in mankind and every time you on your own restore part of that faith. Thank you.

Well this is just amazing. I’m so happy Scarlett has you all.

So lovely. I did know what was going on because a mutual internet friend (for you; in person friend for me) filled me in, but I didn't want to message you nosily, asking all about it! I'm so happy your family and Scarlett have found each other. x

Love this, Suzy! I was one of the nosy Brits who emailed you about it so I've been on tenterhooks to see if you would write about Scarlett. What a lovely post and a beautiful family x

Love this, Suzy! I was one of the nosy Brits who emailed you about it so I've been on tenterhooks to see if you would write about Scarlett. What a lovely post and a beautiful family x

You are an angel, Suzy. Thank you for sharing...