On Picking a Publisher 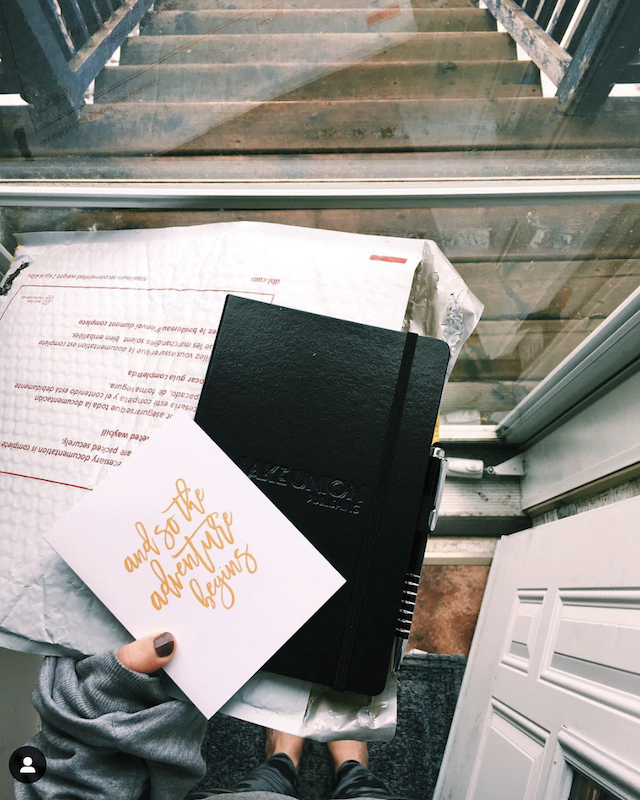 Here's a question I've been asked a lot lately (again just this morning, in fact): "So, you're self-publishing?"

Many people ask this as soon as I mention that my publisher (Lake Union) is one of Amazon's imprints. I totally get where the question's coming from—Amazon does have a well-known self-publishing operation. However, APub is a different thing altogether: a traditional house with 15 imprints.

Therefore, the short answer is: No, I'm not self-publishing.

Do you want an even longer answer? Cool. This is my blog, where I give super long answers whether you want them or not—and I'm the kind of person who loooooves reading posts about publishing on other people's blogs and assume there are one or two out there like me who are like, "Yes! Publishing! Talk to me forever!" Plus, I've been getting emails from people who are writing or have written books who want to know how I decided what road to take to get to Publishing World, and I've been typing variations of this blog post back to them. From now on, I can just refer them here.

My writing buddy, Sarah, and I finished our first books in the same month. And then we basically looked at each other (over the internet, as she lived in New York and I was here in Regina) and went, Now what?

At the time, I didn't want anyone I knew to actually read my book (the. actual. horror—I'm still a little iffy on this point but I think I'm coming around). I wanted to publish it under a pseudonym. I didn't think I had what it took to go the traditional route, but was not even considering self-publishing because for all the people who'd buy it I figured I might as well just print off five copies at home, pass it out and be done with it. I didn't know what other options there were. I was like, Why did I do this? This was a big stupid waste of time.

I ended up emailing my book to my friend Hannah, because she really wanted to read it. Hannah worked at a library, and I trusted her taste in entertainment, and (most importantly) I knew she'd be brutally honest without letting her opinion of my writing affect her opinion of me as a person. She read it, gave me some great, critical feedback, and said I should get it traditionally published. "Like, Penguin would publish this," she said. She said it like she honestly believed it—she didn't seem like she was joking. I laughed at her anyway. That felt unfathomable to me at the time.

Still, I began to do some research. You don't just write a whole book and then do nothing. I Googled "small presses" and "how to get a publisher" and "this was a big stupid waste of time." Then, "different types of publishing" and "self-publishing vs traditional publishing vs small house publishing" and "how to get an agent." I have Googled more in the past three years than the rest of my life put together, INCLUDING the time after Sullivan was born which, as all moms know, is GOOGLE CENTRAL ("how to make a baby sleep through the night" "why is this baby's poop green" "what do I do if my baby eats hand lotion").

My findings were as follows:

In traditional publishing, a company buys the rights to your manuscript, usually through your agent (who then gets a percentage of the sale). The publisher pays you an advance, promotes and markets your book (how much promotion and marketing they do varies from publisher to publisher and book to book), and has final say on every aspect, from editorial content to cover design. You earn royalties only after your book has earned enough money to pay off the advance you were given up front.

If you self-publish, you do all of the above without the involvement of a third-party publisher, at your own expense. You handle publication costs, marketing, distribution, storage, etc. You can use a print-on-demand service, or pay for a publishing package or upload your work to Amazon or whatever. You can hire an editor or a cover designer. Obviously, you then have the final say on everything, and you get to keep all the money you make from the sale of the book—after you've paid out of pocket for the up-front costs (the prices I came across were anywhere from $200-several thousand, depending on the services people felt they needed. You could do it for free, but it'll probably show if you don't at least hire an editor).

Hybrid authors do some combination of these—maybe they traditionally publish first to build a platform and then self-publish afterward, or maybe they use a company that (for a fee) does some of the work and leaves some of it to the author, for more creative control and, again, higher royalty rates. Hybrid authorship is an umbrella term and you seem to get a different definition of it depending on who you ask.

Small houses are run similarly to traditional houses, but you often don't need an agent to submit to them. The advance is probably going to be smaller ($1000-2000) or nonexistent. You're probably going to get a lot more attention from your publisher, as they're publishing fewer titles, and I've heard they're often more willing to take risks and are in general less focused on sales targets and stuff than the bigger guys.

For every way there is to publish a book, you can find, on the good old Internet, a range of experiences, from Nightmare to Dream Come True. From the small house that excelled in marketing and cover design to the Big 5 Trad that made their author do all the heavy lifting and didn't seem to care about them at all. From the self-published sci-fi novelist who sold three whole books in their first year to, well, Andy Weir, whose book is now a movie. So no matter what decision you make, there are no guarantees. It's like jumping in a helicopter, sitting above the clouds, and throwing a hundred copies of your book out the window. Hopefully you're above New York and not the Atlantic Ocean. But who knows? The most you can do is carefully select your pilot.

At the end of all my careful Googling, I sat back and thought about what was really important to me. If you ask yourself the right questions, it almost becomes a no-brainer.

Do you care if you make (or end up spending) money on this book?
Do you care about credibility and/or prestige?
Do you want more or less creative control?
Do you want to publish it ASAP or can you wait?

The thing that ultimately made the decision for me was the gatekeepers. The agents and editors. I realized that it was super important to me, personally, to have as many gatekeepers between me and my final goal as possible. I thought, you know, if my book isn't deemed "good enough" by someone who knows the industry, who knows about books, who is, for all intents and purposes, an authority, then I just don't want to put it out there.

This is why I say I'm not self-confident enough for self-publishing. I don't trust myself enough to gauge my own work with accuracy, to say if it's good or bad. And I don't mean this in a self-deprecating way—I think it's actually a strength. I know I'm not my own best critic. I'm not going to try to be. Pressure's off.

So that was that: I'd submit to agents and if I couldn't get in that door, I would respectfully remain A Person Who Wrote a Book Once.

Even now, as I wait for my editor to get back to me on my latest round of edits, I have no concerns about "where the book is at." If she says it's ready, I'll trust her on that. If she says we need to do five more rounds of edits, I'll breathe a sigh of relief that I have her around to tell me that. She's not making a commission on each round we do; she's giving it careful, thoughtful read-throughs and communicating with me honestly and thoroughly because she wants it to be the best it can be, and I LOVE THIS. It was the same when I went through edits with my agent. I'm a big fan of these women; they're smart, careful, and trustworthy. And that's how I know I made the best decision for myself.

I'm also aware this would be torture for a lot of people, and that people exist who do know their audience, the industry, etc, well enough to do it themselves, or to at least allow themselves a bit more control. And that others exist who do not require any affirmation from the "authorities and gatekeepers" of Publishing World. Those people amaze me and I think they're cool. But also, I'm...still me.

I generally hate blog posts that end with a question (we're just dyyyying to know, dear reader, what fall floral can you just not live without?) but I have one! I want to know how other people made/are making this decision. I'm also curious to know whether you actually pay attention to the publisher of the books you read. Well, dear reader?
- May 28, 2018
Labels: my book, publishing stuff
Newer Post Older Post Home